Turkish breakfast at its best🙋🏻‍♀️
Colors, aromas, flavours and lots of noise as well… Winter in “Alaçatı pazarı” (farmer’s market of Alaçatı) is to be explored and experienced!
It’s definitely not the same as it was, as there is long history behind Ildır, we can trace back until 3rd millennium BC.
Pairing to watch out for 2023: Börek & çay!
Happy to finish this year with a dinner to remember💫
First days in Dijon, eating by the window! 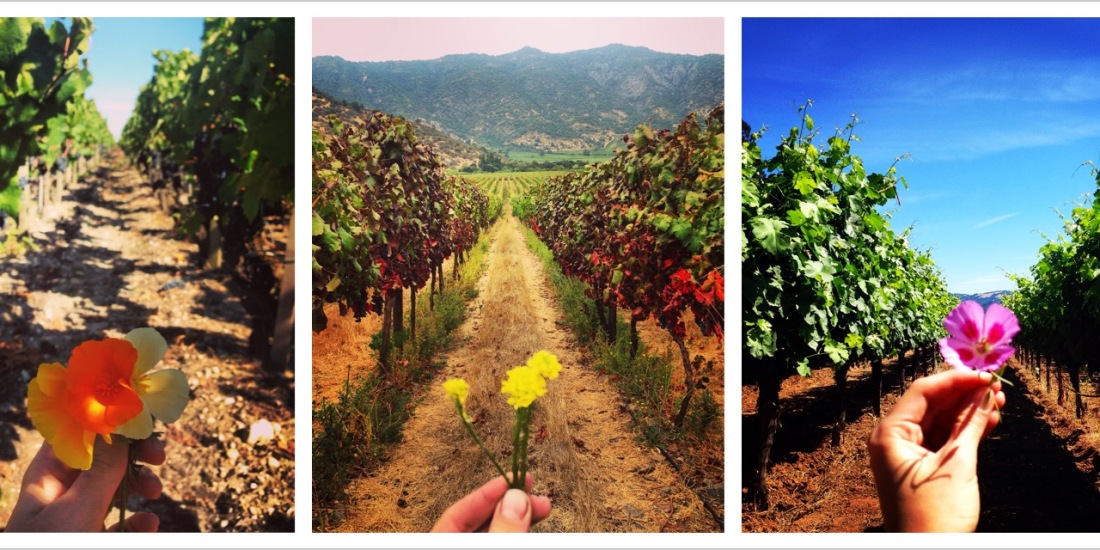 “Flying winemaker” they call it. The young winemakers fly between the North and South hemisphere to catch the harvest time.

It sounded very intriguing. So, with my MSc in Enology and Viticulture diploma under my belt, I decided to discover new wine regions, make wine, and soak up different cultures.

My first stop was France, Haut-Medoc and the second was Chile, Colchagua Valley. And finally, my third and current stop is the USA, Napa Valley.

The wines and the winemaking methods in these countries are very different from each other. Although you can find the same grape varieties, you will still feel the difference in your glass. Same, but different.

Apart from the winemaking techniques, there are many differences in culture, and working habits. All these countries have a different language, and the people who work in the winery have different traditions. While making wine with them, it was inevitable to learn more about these aspects of language and traditions. At the end, this is a part of “terroir” where the human is one of the factors affecting the essence of wine.

This article is about two aspects of work culture that took my attention at the beginning when I started to work in each winery. First how we started the working day, and second how we ate.

The first difference that caught my attention was about how a typical working day started in these three wineries. The way you start working matters. It affects your productivity during the day, especially in the harvest time – the busiest and the most important part of the year for the winery.

In France, the days in the winery were starting with a meeting of all the employees. We were meeting at the front door of the winery ten minutes before the starting hour. As we arrived, we were forming a circle to start kissing each other and shaking hands. Everybody, including workers and chiefs, were part of this circle. The men would only shake hands in between them but kiss the women twice on each of their cheeks. The women would kiss both the women and men. The chiefs were generally only shaking hands with everyone. During this morning ceremony we were talking a couple of minutes about the important news of the region, the country or the world. Once it’s time to start working, everybody was moving to their work area.

In Chile, the days were starting with a meeting of all the employees. The chiefs were arriving a couple of minutes later than the workers. The workers were kissing each other in between them, before forming a circle. Instead of two, they were giving only one kiss on the right cheek. After the arrival of the chiefs, everybody was doing morning sports together for five minutes to stretch the body and get ready physically for the hard working day.

These gatherings in France and Chile were helpful to give a good start, sharing a couple of minutes with the team to welcome the new day helps to create a bond between co-workers. Kissing co-workers was a way to build a friendly relationship, although I found it difficult to do as the days passed. The part I enjoyed the most was the sports time in Chile. Winemaking is a physical job, and it makes a difference when you move your body before you start working, even though it’s just a couple of minutes.

In the United States, the days in the winery are starting with saying good morning. We don’t have a daily morning union of the employees. Everybody is arriving when they are supposed to arrive and we say good morning to each other when we meet, without making any physical contact. If you’re meeting someone for the first time, you shake hands. But kissing is not a part of the working environment. Although there is not a daily union, there is a monthly casual meeting of all the employees, where we all come together to share with winery owners.

Working in harmony and team spirit have utmost importance regardless of the country and the winery. My experiences in different countries showed me differences in the company culture, working hierarchy and synergy of the team. There are many ways to create this synergy, depending on all the different factors such as traditions, company type and size, habits, attitudes of people… There’s no right or wrong way, as long as there’s a healthy working environment, which was the case in all the wineries I worked at.

The second point that took my attention was the food. Especially at harvest time, the wineries provide some food to their employees. They were mostly snacks for the breaks. Without a doubt, there was a really big difference among the food provided in these three countries.

In France, in the harvest mornings we were having breakfast: They were buying us croissants or pain au chocolat from a local bakery. In Chile, they were giving us empanadas con pino (which has small pieces of meat, onion, olives, raisins and boiled egg inside) in the afternoons. Finally, in the USA, we are having donuts and other types of pastries and filter coffee during our monthly meetings. This is a good example on how the traditional eating habits continue in the working place.

Flying winemaking experience allows the winemakers to learn and discover diverse winemaking techniques, but also helps to be more flexible and adaptable to different situations. Adapting a different working environment isn’t the easiest, but it showed me how it’s necessary to observe and understand each other, no matter which language we’re talking. At the end of the day different places, different languages and different habits create different flavors. That’s the beauty of soaking up cultures while making wine internationally.