4 LIFE LESSONS THAT WE CAN LEARN FROM PHYLLOXERA BATTLE

He had realized that there was something wrong. Actually, he was quite worried, because he had been losing some of the plants in his vineyard, without any particular reason that he could name. As the situation was getting worst, he decided to write his observations to the chairman of the Agricultural Committee of Aix. With this letter, in 1867, Mr. Delome had become the first person who had reported the disease in south of France, which was going to make France and the other European winegrowing countries suffer for decades. This was the beginning of the disease caused by the aphid called as ‘phylloxera’, which caused death of many vineyards, destroy the crop, paralyzed the wine production for decades. 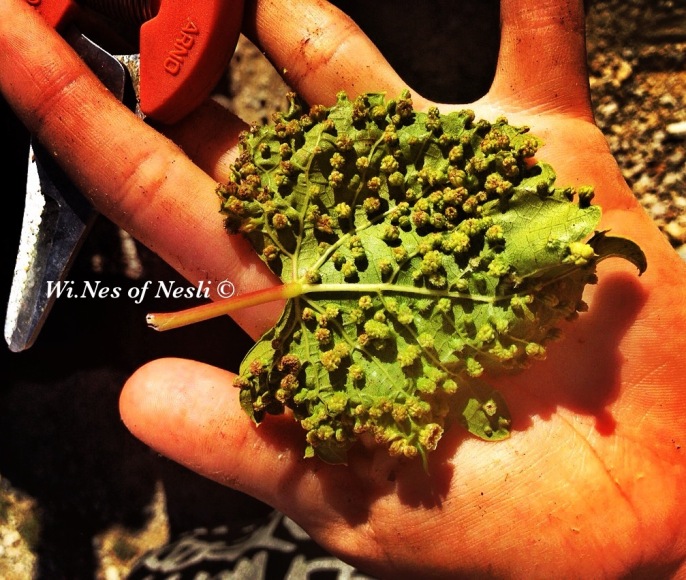 This is what phylloxera does to the leaves, it’s not severe as long as it doesn’t attack to the roots of the vine. Photo that I took in Sept 2014, experimental vineyard, Montpellier SupAgro.

It was impossible to imagine that, these almost microscopic insects had caused the biggest disaster of the European viticulture. It was not easy to find out what was phylloxera, to discover it, to describe it, to know it, to name it, to find out a solution for it and to recover from it. All these steps (or we can even call it a battle) were full of challenges that a person who didn’t believe in what s/he doing, could easily give up. That is why; the history of the phylloxera battle is actually full of lessons, surprisingly not only about viticulture but also about life. This is a milestone on the history, which had rendered possible the recovery of European viticulture years ago and which may able us to be more successful in our lives today.

As the concerns about the unknown disease were increasing, in 1868, a committee which consists of 3 experts, (Mr. Bazille, Mr. Planchon and Mr. Sahut) had appointed for a general investigation by Central Society of Agriculture of the Hérault. These experts had travelled for 3 days and had visited many vineyards in south of France. In every infected plant that had they pulled out; they had seen the same small, yellowish insects which had been attacking to the roots of the vines and sucking their sap. After these visits, they had realized the severity of the situation and they had published their observations, by inviting all the producers to be aware of these insects which they had found out to be the cause. However, there was one fact that they hadn’t counted: The difficulty of convincing people! Even nowadays, it is very difficult to make someone realize the existence of something ‘unknown’ or something ‘unfamiliar’. The interesting part is that, this was also the case, 149 years ago! The debate for the cause of the disease had continued until 1873. During that period, Mr. Planchon from the committee had never given up. He had even grown vine plants in pot to demonstrate that the insect was the cause of the disease. If that day the committee had given up, the discovery of phylloxera would have been postponed for many years.

2) THINK TWICE BEFORE YOU ACT

As the phylloxera had been accepted as the cause of the disease in France, people wanted to know how it had arrived to Europe, since they hadn’t have any problems before. Finally in 1869, they realized that the American vines hadn’t effected from phylloxera. Long story short, soon it had been discovered that the phylloxera is native to America. But why these American vines had come to Europe? The answer was shocking. Between 1850 -1857 European viticulture had been suffering from another severe disease, which is called oidium. Some of the producers had wanted to study the response of the American vines to oidium and also their adaptability to their soil and climate, so they had brought these vines, and hap planted right beside to their European vines. But they never thought that, couple of decades later, these vines which were believed to be beneficial, will be bringing their biggest enemy! Well, I think the message here is very clear, never act before thinking the possible consequences of your acts and be wise to think about the future.

3) BE RESPECTFUL IN ABROAD

One can be curious about why phylloxera had invaded Europe with an incredible speed. As phylloxera was native to America, it had been living on the American vines which were not sensitive to its bites and phylloxera didn’t really like the nutrients of American vines. They were simply not a good match, but still had been living together since phylloxera didn’t have a better option and American vines were just fine with it. As phylloxera was imported to Europe, by American origin plant materials, it had been brought into contact with the French vine. Their contact was love at the first sight for phylloxera, since it really enjoyed their nutritious roots; however it was a nightmare for French vines since they were really sensitive to its bites. But of course phylloxera didn’t care that he was actually killing his own food and started to grow so fast. After this greedy increment in its population, phylloxera almost didn’t leave any living vine roots on the European soils. Phylloxera, had acted like a spoiled tourist who gave damages to the country that he was visiting.

4) TRY TO BENEFIT FROM THE NEGATIVITIES

As phylloxera had arrived to Europe by American vines, but it was also defended by American vines. After phylloxera was found guilty by the disease, the scientists and viticulturist had been trying everything that could possibly recover the plants. Soon, they had found out that it was possible to kill the insect by injection of chemicals to the soil, but that also meant slaughtering all the other living things in the soil, moreover it was expensive. Another possible solution was flooding the vineyards with water and drowning the insects. None of these solutions had guaranteed the recovery, since it was impossible to prevent the eventual recovery of the insects from neighbors. Finally, the best solution was grafting the European vines to the roots of the American vines so the phylloxera cannot hurt the roots. Although this sounds very easy, the difficult part again to convince people, who had strongly believed that grafting would decrease the quality of the fruit and consequently of the wine. But, people started to investigate more and more about the adaptability of these vines to each other and the reactions with the soil and climate. As they know more, they became more aware of the usage of ‘rootstocks’. Since 1870, no more root system of European vines was used. And nowadays, the rootstocks are used mainly for preventing phylloxera attacks, but also for many other reasons; chlorisis tolerance, vigor management, maturity speed, water or dryness adaptation etc. One can list many other benefits of rootstocks which are rendering the viticulture practices easier. So, although phylloxera had caused many problems for European viticulture, it also had a positive outcome. 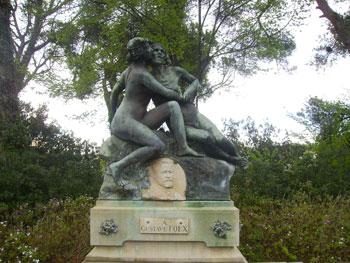 This was only some sections of the history of phylloxera battle. There were many actors behind this battle that I couldn’t name in such a short article, many people who had believed in themselves, who had respected their land and who had tried to make the best of it. And today, thanks to those people who hadn’t gave up 150 years ago; today we are able to enjoy the wines from Europe, which were made with experience of centuries. Take a lesson or not, from this battle, but at least don’t forget to raise a glass of wine to them, because what you are drinking has an important history behind and deserves to be glorified.